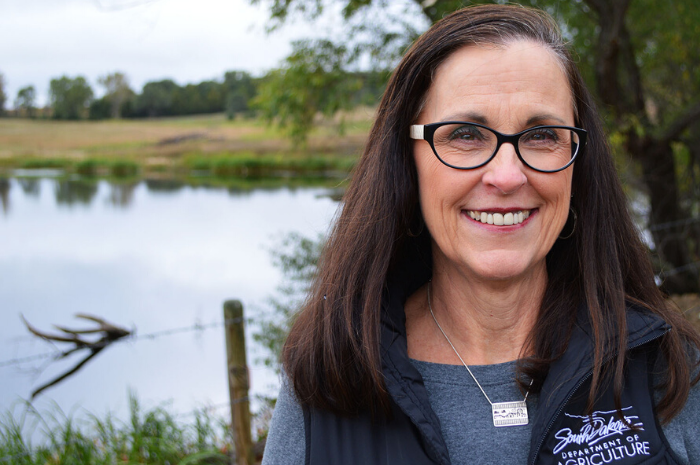 South Dakota Agriculture Secretary Kim Vanneman didn’t set out as a trailblazer in agriculture. But she’s collected some impressive “firsts” and “onlys” in her career.

She was elected to the South Dakota Legislature in 2007. A few years later, in 2011, she became the first woman to chair the house ag committee, where she developed a reputation among her peers for her advocacy and support for agriculture.

In 2007 while serving as a director for Farm Credit Services of America, it was still something of a rarity for women to take on a leadership role. “When I first started attending national meetings, I could count the number of women on one hand. As the years went by, ag has evolved and more women are active in ag leadership roles than ever before.” she says.

Her pinnacle role (so far) arrived in December 2018, when then-Gov. elect Kristi Noem appointed her as South Dakota’s Agriculture Secretary, touting her deep knowledge of state ag issues as well as being a “fierce advocate” for agriculture. Vanneman happens to be the first woman to hold this role.

But in true fashion, Vanneman takes a service-minded approach to it all. Yes, she’s making history, but this isn’t about her. It’s all about agriculture.

“These opportunities evolved out of my priorities and passion for agriculture,” Vanneman explains. “I’m a firm believer that timing is everything."

Compared to similar appointments in other states, Secretary of Ag represents a high-stakes, high-visibility role in South Dakota. Valued at $32.5 billion a year, agriculture is the state’s top industry.

Also, her role comes at a time when the stakes are high for many South Dakota producers. After enduring weather disasters and several consecutive years of low commodity prices, she shared her hope for a better 2020 for agriculture during the South Dakota Soybean Association Ag Outlook Meeting.

"Sure, there's going to be some stresses and I just hope that we can help people through it the best that we can,” she said, according to AgWeek. “Hopefully the lending, financial side of it can have some capacity to be able to help those producers along.”

In the face of these challenges, the focus of Vanneman and her “outstanding” staff when they come to work each day, she says, is promoting and preserving ag, to “make sure it’s there for the next generation.”

A life forged in agriculture

Vanneman grew up driving tractors and riding horses on a ranch near Chamberlain in central South Dakota, where her parents raised cattle and cultivated their feed. While she saw plenty of women being active on ranches and farms, it was the men who were the visible leaders of the operation.

“Women were behind the scenes, but not as much in the public eye,” she said.

At home on the family ranch, her older sister preferred helping mom in the house, while Vanneman was frequently found outside with dad. “I was a chore girl,” she said, and it was that work that cultivated her lifelong passion for agriculture.

She credits her time on the ranch as forging important parts of her character. She tells a story about being thrown from a horse, a gelding she had ridden from corral to pasture. Though she was OK, “bruised and broken-hearted,” she resisted when her father told her to get back on and ride back to the corral.

“But he wasn’t budging,” she recalls. Because he knew, if she didn’t do it then, she could lose confidence and may never want to ride again.

Though she didn’t realize it at the time, there was a powerful life lesson in being thrown from the horse.

“Life isn’t always perfect, and it has its ups and downs. When you make a mistake, it’s important to pick yourself up, dust yourself off, make the needed adjustments and keep going,” she says.

Eventually, the family sold the ranch and her father got into the auctioneer business. She married Clint Vanneman, her college sweetheart, and the couple ran the family century farm near the town of Winner, South Dakota.

Kim and Clint are now in the process of transitioning management of the operation to their son and daughter-in-law, and the couple is now getting settled into town living. Change is hard, she says, and she misses being outside working as the sun rises, and other sweet moments of farm living. But that’s surpassed by feeling proud of her kids operating their family farm.

But then again, her life right now doesn’t afford much time for reminiscing.

Leading the way to South Dakota’s future in ag

So far, Vanneman’s year as Ag Secretary has been busy and eventful. She’s crisscrossed the state, meeting people and giving speeches. She also does her best to stay up to date on ag education in South Dakota and is very excited about the updated Animal Disease Research and Diagnostic Laboratory on the South Dakota State University campus that allows animal agriculture in the state to benefit from the research done and treatments developed there. She’s met with stakeholders about farmer stress resources and how to promote them.

Above all, she doesn’t want to miss an opportunity to get South Dakota products into new markets. Last summer, the Taiwan Flour Millers Association signed a letter of intent to purchase wheat from South Dakota producers, along with a handful of other states.

Because agriculture is evolving, Vanneman lost no time in identifying the office’s top three priorities.

The first priority is educating the up-and-coming generation on the many opportunities for pursuing an ag education. With the average farmer being in their mid-50s — Vanneman says it’s more important than ever to promote ag careers.

“If you want to be an engineer, a scientist, a banker, those things are all needed in the ag industry,” she says.

The second priority they’ve identified is building a better connection between agriculture and the consumer. “Fifty-five percent of consumers want to know where their food comes from,” she says.

But now that we all have the ability to communicate and share information instantly, we need our producers to “build trusting relationships with the consumers.”

The third is improving industry collaboration. “We need to be talking as one voice,” she said. All the commodity groups have done a phenomenal job of promoting their product. But with low prices and consumer confusion, if these groups can find unity in messaging, it will be to the benefit of agriculture.

South Dakota’s future in agriculture is challenging, but Vanneman feels honored and humbled that she was chosen to help forge its future.

“Whether you’re talking about corn, beans, cattle, hogs, organic veggie growers, we in South Dakota raise and grow the finest quality farm products,” she says. She’s just glad to be a part of it. 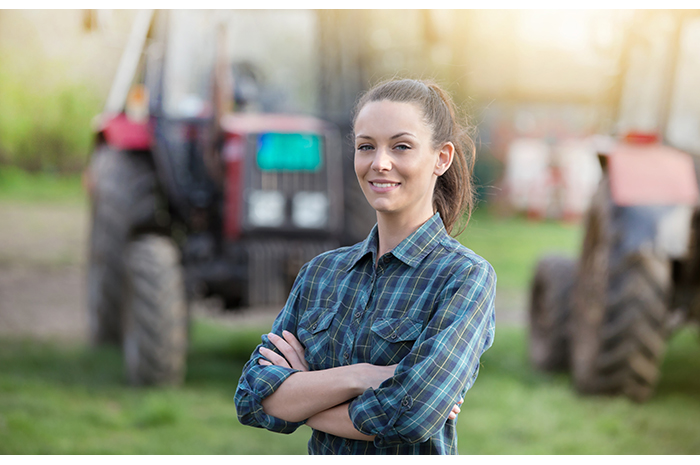