Women in Ag: Advocate for agriculture connects people to opportunities

Natasha Mortenson takes the Women in Ag spotlight for her tireless advocacy of agriculture, and helping people discover opportunities.

When Natasha Mortenson was a child growing up on her parents' crop farm, she did what most farm kids did. She lent a hand, sweeping and filling the planter with corn, and helping with other tasks as directed.

At the same time, she didn’t really know or understand some of the bigger things that were happening on the farm. The adults made decisions, and the kids did what they were asked to do, and that was that.

Today, with excitement in her voice, Mortenson talks about her two kids, Cowan, 14, and Grace, 16, who are doing way more than she did as a farm kid. The two basically run their own small beef cattle operation — nine cows and a few steers — on their farm near Morris. They make all the decisions, but their parents are there to provide guidance and support.

“I wanted to give my kids every experience they ever wanted in agriculture,” she says. “As a teacher I learned that parents have got to support their kids in those dreams, or they could die fast. If they want a heifer when they’re 8, great. Help them figure it out.”

When you look at these tales of two farm kids, and the trajectory of Mortenson’s career so far, there’s a common thread that weaves through it all. As an educator, consummate ag advocate and mom, she’s all about helping people make connections and discover opportunities hiding in plain sight.

An ag teacher who inspires

For 14 years, Mortenson was the ag ed teacher and FFA adviser at Morris Area High School. When she arrived as a young ag education graduate from the University of Minnesota, she acknowledges that people probably had their doubts about her. She was the only female FFA adviser in the region, and she was young, so she stood out. The custodians at the school made bets on how long she’d last.

Though she had a solid background of crop farming along with her early experiences of showing sheep for 4-H, she realized she didn’t have all the answers for her students. It would be tough for any teacher to face that. But there were students in her class sitting right in front of her who did. So she tapped them to help.

As an ag teacher and FFA adviser, she spent lots of time taking students on trips around Morris, showing them what was happening behind the walls of buildings in and outside of town and on farm sites.

“I always encourage people in agriculture to talk to kids,” Mortenson says. “They don’t even have to know anything about teaching. They just have to go in and tell their story. Kids love to hear what people do every day.”

They toured their favorite restaurant, where they talked about the food supply chain and the logistics of getting the food from the farm to the restaurant. They visited a plethora of dairy barns, along with manufacturing facilities and machine shops, finding roots and connections with agriculture they didn’t know existed.

“Kids drive by these places every day and they have no idea what’s inside,” she says. And why would they, she adds.

But stepping behind those mysterious walls and learning just what happens there, well, the kids saw a future in their hometowns in ag and ag-related industries. Today, her graduates have become everything from welders to diesel mechanics, from ag lenders in small towns to ag marketers in big cities. And then there’s the student who ended up in sales at a carrot company. Some do end up working on the family farm, but many others have found their way in agriculture without having to do that, landing careers that pay well but are often overlooked in rural Minnesota.

That’s what gets her talking excitedly.

“The future of agriculture in Minnesota is extraordinary,” she says. “I think (rural Minnesota) has a weird vibe with people because they think there’s not much going on. But there’s so much going on; I think we just need to help people see it. We can do that by bringing people on the farm, we have to welcome people to farms more and more, welcome kids on farms, help them see opportunities.”

Her energy and achievements captured the attention of the Riverview, an agribusiness with a presence in five states. It began as a dairy farm in 1995, but has grown to a larger operation that produces dairy, beef, crops and more.

About five years ago, they offered her a great role in community relations and education, with an emphasis on bridging the knowledge gap between the public and agriculture. Though she wrestled with the decision to take the opportunity, she's been thriving in it. She travels, teaching classes and taking groups of children to farm sites. She creates curriculum for teachers, and creates media that helps people understand what farmers do and why they do it. And she launched a dairy lease program to help kids participate in 4-H without having to purchase an animal.

“You look at people’s questions about food, they all relate to farm practices,” she says. “It’s important we as agriculturists share that information, because they would have absolutely no reason to know any of that, because they have no experience on the farm. We need to be providing that information.”

Future of farming: The evolution

Mortenson sees a bright future for those who want to pursue agriculture. But what’s going to be important here is people’s willingness to evolve with the times. When you look at a business that’s been around for a few decades, they’re not doing the same things they were doing 30 or 40 years ago, Mortenson points out. It’s no different with agriculture.

For example, animal handling has seen its share of changes. Even though some came from pressure from outside groups, Mortenson says things have changed for the better. Riverview abides by strict animal care standards that go above and beyond. And she points to changes in the industry that now have drivers taking mandatory training on properly loading, treating and housing the animals.

“We don’t stay the same. We’re not doing things the same as five years ago, 10 years ago, 50 years ago. We’re doing a better job today. Because we learn what works better, we learn more about our land, we make scientific advancements. That’s what makes farmers relevant. I love that we created an industry that changes with the times. We’ve done a good job of that.”

One gets the sense that, with her energy and her gift for bringing groups together, bigger things are coming for Mortenson.

In the meantime, she’s doing what she loves: sharing her passion for agriculture, and helping people discover opportunities they didn’t know existed. 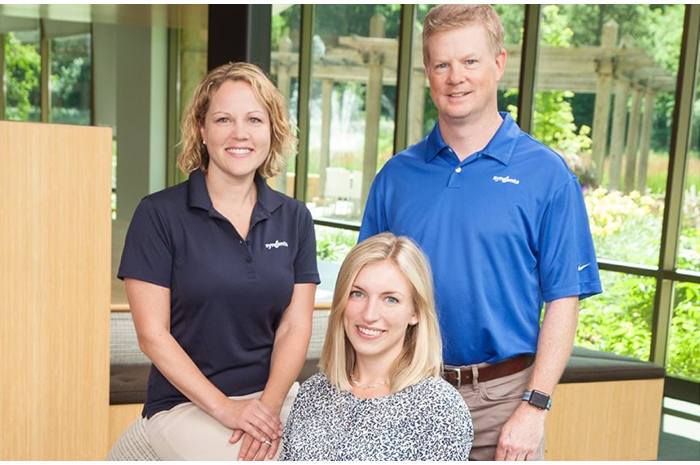 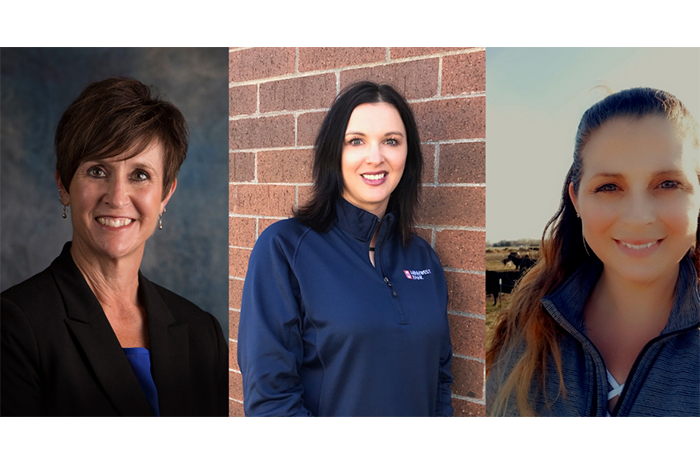